Did I mention that I love my Imagine: 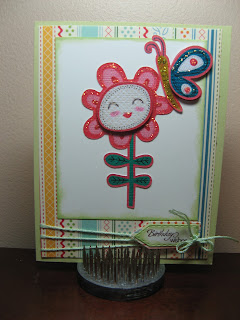 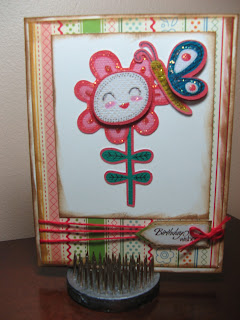 This card is my first attempt at using my Imagine.  I told myself I was not going to get one, but I kept thinking about it knowing that Walmart was going to have them for only 180.00 on Black Friday.  That's such an awesome deal.  Well I had to work on Friday, so I said no big deal.  Then Saturday came along and I kept thinking about it but really didn't want to spend the money so close to Christmas.  Then comes along Sunday...................I had to run out to do some shopping so I went to Walmart instead of my normal Target just to see if they even had any left.  You guessed it, they actually had two of them.  Guess it was meant to be.
Not sure why I waited so long to use it because I had so much fun yesterday January 28th (yes, two months later) testing it out.  So here you are......... 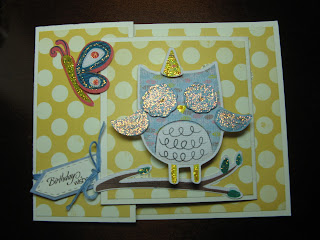 I got the idea for this fold card from Cardz TV, It was very different so I thought I would try it out.
Recipe:
Cricut Imagine: Better Together, Owl pg. 13 cut @3" & Butterfly only pg.15 cut @4"
Cardstock: PaperTrey Inc, Vintage Cream & October Afternoon, Farmhouse
Sentiment inside: PaperTrey Inc, Birthday Basics
Sentiment Outside: My Creative Time, Teeny Tag greetings with die
Action Wobble, stickles, floss
Posted by Seahorse Creations at 4:31 PM No comments:

I love these stamps from My Creative Time, they are so Perfect & Classy...... 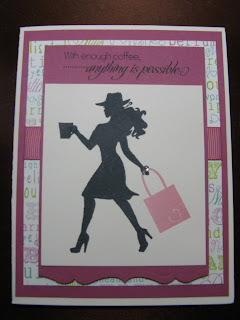 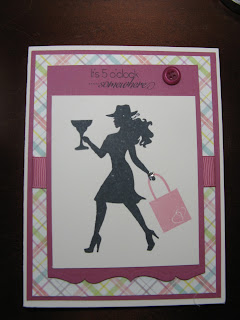 Email ThisBlogThis!Share to TwitterShare to FacebookShare to Pinterest
Labels: My Creative Time 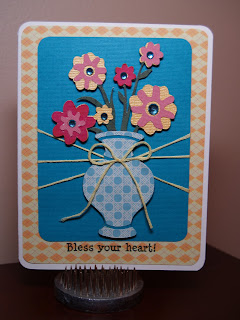 "Just Chillin"
I needed to make a card for my friends husband that is going in for surgery this week, I wanted to be sure to get him a card before he goes in to make him laugh a little.  I thought the sentiment was perfect for such an occasion. 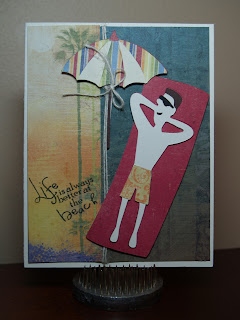 Email ThisBlogThis!Share to TwitterShare to FacebookShare to Pinterest
Labels: Pack your Bags

I know that I'm a little late but I did want to take this time to wish everyone a Happy, Healthy New Year.  Also to send a HUGE thank you to all my commenter's and followers over the last year.  I love to post the cards that I create and share with the world of crafters.  I do not make new years resolutions, because honestly who follows through each year anyway?  But I do make a list of things that I would like to accomplish throughout the year.  I think this works out a little better because this way, I don't feel like I let myself down because I blew my resolution.  If I don't complete my list it's really no big deal to me.  The first part of the year is going to be a challenge for other reasons and I may not get much crafting done.   But I do intend to not only make cards but other projects throughout 2012.  So with that said, guess we will have to see how that goes.  So THANK YOU again for all the wonderful comments and inspiration you have given me.
Posted by Seahorse Creations at 11:47 AM No comments:

Seahorse Creations
I was introduced and hooked on paper crafts over 10 years ago when a demonstrator held a stamping party at my house. I made cards only a few times during that time. With my two boys now teenagers and driving, I have found more time for ME! Purchased my Cricut in 2009 and have been scrapping since. Love It!